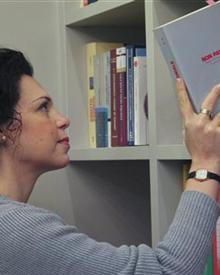 COUNCIL OF EUROPE
COMMITTEE OF MINISTERS

(Adopted by the Committee of Ministers on 18 September 2002
at the 808th meeting of the Ministers’ Deputies)
The Committee of Ministers, under the terms of Article 15.b of the Statute of the Council of Europe,
Welcoming the development of means of resolving disputes alternative to judicial decisions and agreeing
on the desirability of rules providing guarantees when using such means;
Underlining the need to make continuous efforts to improve the methods of resolving disputes, while
taking into account the special features of each jurisdiction;
Convinced of the advantages of providing specific rules for mediation, a process where a “mediator”
assists the parties to negotiate over the issues in dispute and reach their own joint agreement;
Recognising the advantages of mediation in civil matters in appropriate cases;
Conscious of the necessity to organise mediation in other branches of the law;
Having in mind Recommendation No. R(98)1 on family mediation, Recommendation No. R(99)19 on
mediation in penal matters and Recommendation Rec(2001)9 on alternatives to litigation between
administrative authorities and private parties, as well as the results of other activities and research carried
out by the Council of Europe and at a national level;
Having regard more particularly to Resolution No. 1 on “Delivering justice in the 21st century” adopted by
the European Ministers of Justice at their 23rd Conference in London on 8-9 June 2000 and in particular to
the invitation addressed by the European Ministers of Justice to the Committee of Ministers of the Council
of Europe to draw up, in co-operation in particular with the European Union, a programme of work aimed
at encouraging the use, where appropriate, of extra-judicial dispute resolution procedures;
Aware of the important role of courts in promoting mediation;
Noting that, although mediation may help to reduce conflicts and the workload of courts, it cannot be a
substitute for an efficient, fair and easily accessible judicial system;
A. Recommends the governments of member states:
i. to facilitate mediation in civil matters whenever appropriate;
ii. to take or reinforce, as the case may be, all measures which they consider necessary with a
view to the progressive implementation of the “Guiding Principles concerning mediation in
civil matters” set out below.
Guiding Principles concerning mediation in civil matters

I. Definition of mediation
For the purposes of this Recommendation, “mediation” refers to a dispute resolution process whereby
parties negotiate over the issues in dispute in order to reach an agreement with the assistance of one or
more mediators.

III. Organisation of mediation
States are free to organise and set up mediation in civil matters in the most appropriate way, either
through the public or the private sector.
Mediation may take place within or outside court procedures.
Even if parties make use of mediation, access to the court should be available as it constitutes the
ultimate guarantee for the protection of the rights of the parties.
When organising mediation, States should strike a balance between the needs for and the effects of
limitation periods and the promotion of speedy and easily accessible mediation procedures.
When organising mediation, States should pay attention to the need to avoid (i) unnecessary delay and
(ii) the use of mediation as a delaying tactic.
Mediation may be particularly useful where judicial procedures alone are less appropriate for the parties,
especially owing to the costs, the formal nature of judicial procedures, or where there is a need to
maintain dialogue or contacts between the parties.
States should take into consideration the opportunity of setting up and providing wholly or partly free
mediation or providing legal aid for mediation in particular if the interests of one of the parties require
special protection.
Where mediation gives rise to costs, they should be reasonable and proportionate to the importance of
the issue at stake and to the amount of work carried out by the mediator.

IV. Mediation process
States should consider the extent, if any, to which agreements to submit a dispute to mediation may
restrict the parties’ rights of action.
Mediators should act independently and impartially and should ensure that the principle of equality of
arms be respected during the mediation process. The mediator has no power to impose a solution on the
parties.
Information on the mediation process is confidential and may not be used subsequently, unless agreed by
the parties or allowed by national law.
Mediation processes should ensure that the parties be given sufficient time to consider the issues at
stake and any other possible settlement of the dispute.

V. Training and responsibility of mediators
States should consider taking measures to promote the adoption of appropriate standards for the
selection, responsibilities, training and qualification of mediators, including mediators dealing with
international issues.

VI. Agreements reached in mediation
In order to define the subject-matter, the scope and the conclusions of the agreement, a written document
should usually be drawn up at the end of every mediation procedure, and the parties should be allowed a
limited time for reflection, which is agreed by the parties, after the document has been drawn up and
before signing it.
Mediators should inform the parties of the effect of agreements reached and of the steps which have to
be taken if one or both parties wish to enforce their agreement. Such agreements should not run counter
to public order.

VIII. International aspects
States should encourage the setting up of mechanisms to promote the use of mediation to resolve issues
with an international element.
23. States should promote co-operation between existing services dealing with mediation in civil
matters with a view to facilitating the use of international mediation.
B. Instructs the Secretary General of the Council of Europe to transmit this Recommendation to the
competent authorities of the European Union, with a view to:
promoting co-operation between the Council of Europe and the European Union in any follow-up to this
Recommendation and, in particular, to disseminate information on the laws and procedures in States on
the matters mentioned in this Recommendation through an Internet web site;
and encouraging the European Union, when preparing rules at the European Community level, to draw
up provisions aiming at supplementing or strengthening the provisions of this Recommendation or
facilitating the application of the principles embodied in it.