The conflicting relationship between homosexuality and islam

The conflicting relationship between homosexuality and Islam is found principally vented in the Shari'ah, namely the Law of God. Criminal Law Predictions in Tunisia and Morocco

While in Europe controversies were raging for the first French "YES" on gay marriage, Muslims in the Arab countries struggle on the right for LGBT to exist (acronym for: Lesbian, Gay, Bisexual and Transgender community). The conflicting relationship between homosexuality and Islam is found principally vented in the Shari'ah, namely the Law of God.
The sources of Islamic law are generally considered to be the Qur'an, the Sunnah (ie the Hadith of the Prophet Muhammad), the consensus of scholars (ijma) and legal analogy (qiyas). The Shari? accepts, however, only the first two sources produced as divinely inspired.

The "Law of God" is not considered in the same way in all Muslim countries because some of them consider it to be source of positive law, while for others it is to be understood rather as a code of ethical behaviour that should, however, be free of coercive power.

According to the ? ulama '(i.e. the Muslim scholars of religious sciences), the Shari'ah would allow the death penalty in four cases: unjust murder of a Muslim, adultery, blasphemy against Allah (by people of any faith) and apostasy (welter); nevertheless it comes regularly invoked to justify the cases of the death sentence for homosexuality in countries such as Iran, Nigeria, Pakistan, Saudi Arabia, United Arab Emirates, Mauritania, Sudan and Yemen.

On the theme, a clarification is mandatory: not all Arab countries are necessarily Muslims and vice versa. The general confusion, sometimes even encouraged by our own media, is the association between the Arabic language and Islam. A prime example of such confusion is evident in nations such as Turkey and Iran, which have nothing in Arabic. If you were to consider the above syllogism as correct then we would mistakenly assume Albania, having approximately 70% of the population of Islamic faith (source: CIA World Factbook 2009), as an Arab country and not European.

The ultimate source of the Shari'ah, namely the Qur'an, remains rather vague on the subject of homosexuality. They find references in the various suras relating to the condemnation of the "people of Lot" but a precise crucifige regarding homosexuality is not offered. Even as far as the condemnation itself to the "People of Lot" is concerned (our ref. Parallel in the Bible - Genesis 19 - The Destruction of Sodom), there is not much punishment inflicted for homosexuality, but for the general disobedience of orders taught by God. There is therefore no real condemnation of gays, although it should be noted that a reprimand on the subject is quite obvious.

In the legislation, however, as there is a need to give as homogeneous an image as possible of the nascent Muslim religion, the interpreters of the Qur'an have tried to use the summary information present in it on the theme to harshly condemn sexual relations between persons of the same sex.

For the majority of Islamic scholars, as sodomy is imagined to be inseparable from the involvement of feelings and implies a division of roles between domination and submission, it would run in complete contradiction with the Islamic faith, since the human being knows that domination is something to which the Lord, and He alone, can access. Indeed a human being can never dominate another in the universe terrain, which can be dominated only by the One who created it. Consequently, the submission itself becomes an act only possible in the face of God, in which the more profound meanings of the Islamic religion (Islam, in Arabic, means "submission") are contained.

It is highlighted, moreover, that even in other religions, homosexuality is often opposed because it consists of sexual relations unfinalized at conception and therefore at the "continuation of the species."

As described above, there are countries that condemn homosexuality not only morally, but also judicially, albeit in different measures.

There are states that provide for life imprisonment (Bangladesh), flogging (as in Pakistan, with 100 flogged, or in Iran where women are equally flogged, while for men it’s the death penalty), deportation (as in Bahrain) or simple imprisonment with a possible fine as in Algeria (up to three years), Kuwait (up to seven years), Libya (three to five years), Oman (from six months to one year), Qatar (up to five years), Syria (up to three years), etc..

Instead, in Egypt there is no real and proper regulation against homosexuality, but sexual acts between gays are legally condemned as offensive to public morality, with the application of sentences that range from one to five years and with a sanction of forced labour.
Criminal Law Predictions in Tunisia and Morocco
In Tunisia the art. 230 of the Criminal Code gives rise to many criticisms for its vagueness. In fact, the rule cites verbatim that "the act of homosexual men (liwat) and women (mousahaqa) ..... shall be punished with imprisonment up to three years".

The above-mentioned generic regulations, as well as incorporating in its channel a wide range of sanctionable acts and actions, while providing even more opportunities for technical and legal defence.

In fact, the only - or almost - way to punish a person or persons, guilty of having committed the provisions of the above-mentioned provision of the law, must be to catch them in the act. This situation is certainly not very frequent, but not as rare as you might think, especially in this country, which has now become an increasingly common aim of gay tourism in Europe.
Consider that homosexuality in itself - and therefore sexual orientation - is not punished, it's just the sexual act that’s punished.

In addition it can't be considered as covered in Art. 230 c.p.t., a simple kiss, that could still be considered a criminal act contrary to public decency and that offends modesty (the same way as a heterosexual kiss).

The rules, as described above, thus raise considerable uncertainties of interpretation and application, in this case just because they introduce an element, such as the sense of shame, that no matter how hard we try to objectify it, it ends up, however, having a strong subjective component. On the other hand, the marked variability from person to person is added to an equally marked variability according to the place, the social environment, and above all, the time.

The criminal law on the theme produced by Morocco appears much clearer, which in art. 489 of its Criminal Code stipulates that: "Unless the fact constitutes a more serious offense, anyone who commits an unchaste or unnatural act with a person of the same sex shall be punished with imprisonment from six months to three years and a fine from 200 to 1000 dirhams. "

The Moroccan legislation is clear and precise defining as punishable an "unchaste or unnatural act with a person of the same sex." Obviously in this case it is left wide open to interpretation of what acts should be regarded as "sexually immoral and against nature."
The difficult condition in which there are some homosexuals who went outside the EU, for example Italy, and enables them from these countries to obtain the release of a special visa for humanitarian rights.

In fact, as recently confirmed by the Supreme Court of Cassation judgment no. 11586 of 10 July 2012, the non-EU homosexual citizen should not be expelled and repatriated to his country of origin if a risk of persecution can be derived against him.

The Supreme Court ruled on their appeal filed by a Tunisian national who had obtained before the Court of Trieste the issuance of a residence permit on humanitarian grounds, given the danger of persecution to which he would be exposed in the event of repatriation.
The prohibition of expulsion was based on Article from the same. 19, paragraph 1, d. lgs. July 25, 1998, n. 286 (Italian law). In the article quoted it is established that in no case can the expulsion or refoulement be rearranged to a country in which the foreigner may be subject to persecution for reasons of race, sex, language, nationality, religion, political opinion, of personal or social conditions, or might risk being sent to another state in which he is not protected from persecution.

Waiting for a "real" Arab Spring also on the topic, it is hoped that the daily hypocrisy on sexual orientation in Islam could soon be the subject of reform. 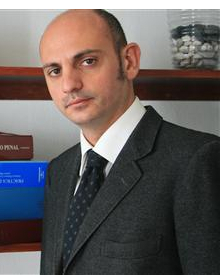